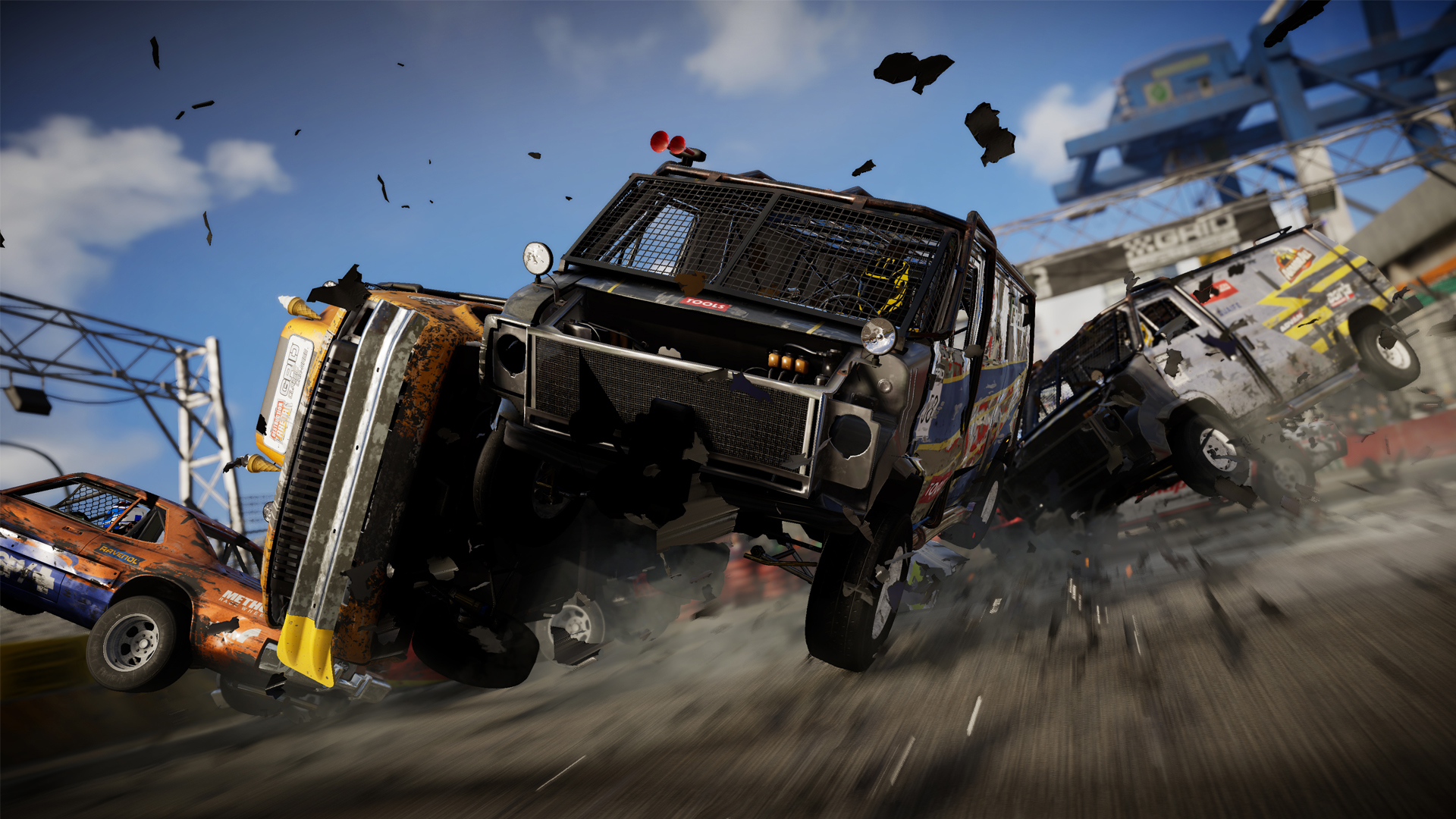 A destruction derby-themed mode has been added to GRID Legends today, 21st June, through the hands of its first significant paid add-on – the Classic Car-Nage DLC.

In a move that harks back to – or repurposes content ideas from – prior GRID games, the aim will be to smash up your rivals, scoring points as you do so. Using revised track layouts, the venues have been designed with crashes in mind, reminding us on paper of Wreckfest.

Somewhat surprisingly, there will be a storyline just for this addition. In the base game, Driven to Glory followed the up-and-coming Seneca Racing team, facing the arrogant Ravenwest team and its star driver Nathan McKane.

Along the way, you come across Valentin Manzi played by the soon-to-be Doctor Who Ncuti Gatwa, but his appearances are somewhat fleeting.

In Classic Car-Nage, you will follow his plight, in more detail, across eight new story sections.

The new vehicles are:

Outside of the story area, three new sponsored career events will also be included. The new content can be raced online too and will be free in this setting to all GRID Legends owning players.

A similar mode was part of the original Race Driver: GRID (video below) and last seen in 2014’s GRID Autosport – although a Skirmish would happen in 2019’s GRID reboot as you awaited an online lobby race to begin.

This is the first of four planned paid expansions for GRID Legends across its 12 months from the initial launch. Free quality of life updates are also planned, with a photo mode slated for early July and a macOS port later this year. The base game will also be free for Amazon Prime members on PC during Prime Day.

The Classic Car-Nage DLC for GRID Legends releases on 21st June for PC, PlayStation and Xbox. Those who own the Deluxe Edition will receive the pack today at no extra cost, although for those who do not, it will be available separately for £7.99/$9.99.