A look at local, area and former University of Iowa baseball players in the affiliated minor leagues and major leagues 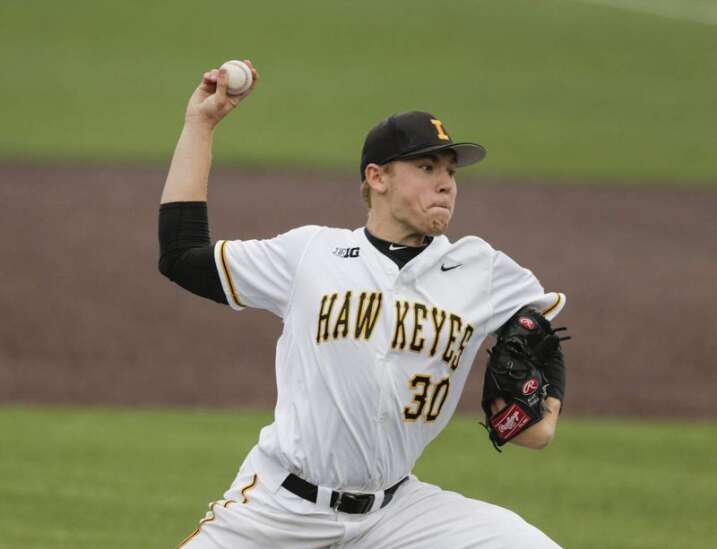 Here is an updated look at how local, Gazette-area and former Iowa Hawkeyes players are doing in the affiliated minor leagues and the major leagues. Statistics are through Friday.

Tyler Cropley (Iowa/Kansas City Royals) — Catcher was recently activated from injured list after a nearly two-month stint. Is 5 for his last 10 at the plate, increasing his season batting average to .233 in 11 games, 30 at-bats.

Matt Dermody (Norwalk/Iowa/Chicago Cubs) — Pitching at home for the Triple-A Iowa Cubs, lefty is 2-3 with a 5.48 ERA in 13 games, eight starts.

Nick Gallagher (Iowa City West/Iowa/Cleveland Guardians) — Right-hander pitcher was released a week ago by the Cleveland Guardians and signed to a minor-league contract by the Chicago White Sox. In parts of four seasons in the Guardians organization, he went 5-7 with a 4.95 ERA in 84 games, 12 starts. Allowed just 151 hits in 171 innings, with 190 strikeouts.

Grant Judkins (Pella/Iowa/Oakland Athletics) — Right-handed pitcher has made six starts for low-A Stockton and has a 1-2 record and 6.56 ERA.

Mitch Keller (Cedar Rapids Xavier/Pittsburgh Pirates) — Has allowed just five runs in his last three starts for the Pirates, going at least five innings in each of them. Has season ERA down to 5.07 in 12 appearances, 10 starts. Has 2-5 record.

Mason McCoy (Iowa/Seattle Mariners) — Shortstop is hitting .302 in June for Triple-A Tacoma, with three homers and eight RBIs. Has a .246 average this season for the Rainiers, with seven home runs and 23 RBIs in 51 games.

AJ Puk (Cedar Rapids Washington/Oakland Athletics) — Appears to have found his niche as a late-inning lefty reliever. Has a 1-0 record and 1.65 ERA in 23 appearances. Has allowed just 22 hits and five walks in 27 1/3 innings, with 25 strikeouts.

Brady Schanuel (Iowa/Milwaukee Brewers) — Reliever has no record and a 5.40 ERA in 12 outings for high-A Wisconsin. Just seven hits allowed in 13 1/3 innings, but 17 walks. Has struck out 22.

Connor Van Scoyoc (Cedar Rapids Jefferson/Los Angeles Angels) — Pitcher has been on a roll at low-A Inland Empire. Has thrown 13 innings in his last two starts and allowed just nine hits and one run, with 15 strikeouts. Is 4-4 with a 6.32 ERA overall this season in 11 starts, with 63 Ks in 52 2/3 innings.

Trenton Wallace (Iowa/Toronto Blue Jays) — Southpaw pitcher has now given up a run in his last three appearances for low-A Dunedin (four hits in 13 innings, with 18 strikeouts. Is 1-1 with a 1.63 ERA overall in eight appearances, three starts. Just 16 hits allowed in 27 2/3 innings, with 35 Ks.