Midway through Mikko Rantanen’s scrum at Tuesday’s Stanley Cup media day, a Finnish TV analyst slid through the crowd of reporters and placed a bar of Fazer chocolate on his podium. Rantanen smiled, recognizing both the Finnish treat and the face who gave it to him. It was Ismo Lehkonen, who works for the Finnish Broadcasting Company and also happens to be the father of Artturi Lehkonen, one of Rantanen’s Avalanche teammates.

Artturi made sure not to miss out on the chocolate. He carried a pair of Frazer bars in the pocket of his shorts during his media scrum. It’s the only unhealthy food allows himself to snack on, according to his dad. “No chips,” Ismo said from the auxiliary press seats Wednesday in Ball Arena. “The only sweets he eats is that.”

What makes it different from chocolate in North America? Artturi’s answer is simple, though perhaps not descriptive.

“It’s just so much better. In every way,” he said. There’s no doubt about it.”

Beyond their shared appreciation for their homeland’s chocolate, the Finnish duo of Rantanen and Lehkonen has been a boon for Colorado. They help keep the lineup balanced, with Rantanen currently carrying the second line and Lehkonen on the third. Both play on the Avalanche’s top power-play unit.

In the opening night Stanley Cup Final contest, Rantanen and Lehkonen left their fingerprints all over Colorado’s 4-3 win. Rantanen had two assists, including one on a perfect pass to Lehkonen waiting backdoor on a five-on-three power play. Lehkonen buried that look and also had a pair of clears playing on the Avalanche penalty kill. Each had impressive underlying numbers as well. Colorado had 91.91 percent of the five-on-five expected goal share with Rantanen on the ice and 70.57 percent with Lehkonen, according to Natural Stat Trick.

The two grew up near each other in their native country and train together with Ismo in the offseason, and Rantanen was thrilled when Colorado traded for Lehkonen in March. Now they are driving at hockey’s biggest stage.

Say it with us:

“(Lehkonen) has always been a gamer, especially in the playoffs,” Rantanen said. “He’s been scoring big goals for us. He goes to the hard areas. He’s not scared of anything, even though he’s not the biggest guy.”

Rantanen, who had the first scoring chance of the Final with a backhand shot snared by Andrei Vasilevskiy, was one of the most noticeable players in Game 1. With him on the ice, the Avalanche had seven scoring chances (only two against), three high-danger chances (zero against) and 22 shot attempts (11 against), according to Natural Stat Trick.

Ismo, who did live intermission reports broadcast in Finland, believes Rantanen has relaxed as the postseason has gone on, especially after the Avalanche made it past the second round, which had been their downfall the previous three seasons.

“He was a little bit nervous because the pressure was so high,” Ismo said. “I told the Finnish people: Third round, he’s going to be playing well. Don’t worry about it. He’s going to be a horse now.”

He was right. Rantanen has four of his five playoff goals in the past five games.

Asked if the chocolate had anything to do with his success, Rantanen admitted he’s not planning to have any until the offseason.

“I’ll try to stay out of (it) for the next two weeks,” he said. “My girlfriend ate a little bit, so maybe that was good luck.”

What’s it like for Ismo covering a series where his son is playing? Well, he’s transparent about his rooting interests.

“It’s weird, but everybody in Finland knows this, and I tell them, ‘I’m on Colorado’s wagon,’” Ismo said. “Everybody understands that.” 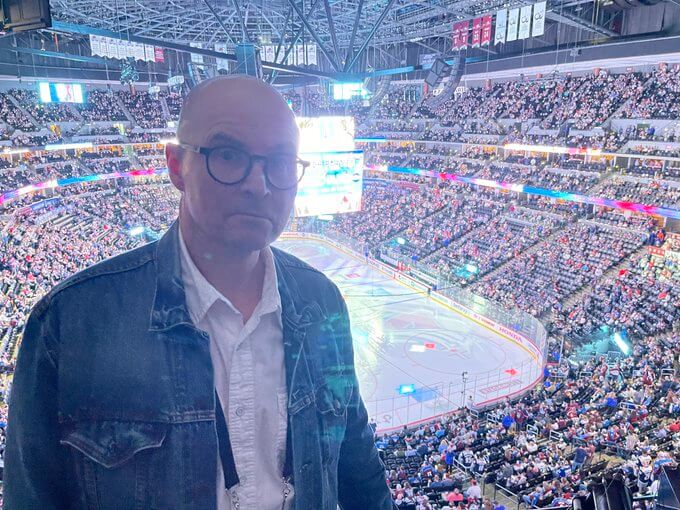 Bednar not shying away from matches

Tampa’s Anthony Cirelli has been one of the best defensive forwards these playoffs, and coach Jon Cooper put him on the ice for the opening draw. Check out these numbers from the first three rounds:

Instead of avoiding putting Colorado’s top players against Cirelli, Avalanche coach Jared Bednar made a statement, starting Nathan MacKinnon and the top line.

“I think it’s inevitable that he’s going to play time against Cirelli if that’s the matchup Coop wants, and I wanted to start our starters,” Bednar said. “You guys know Nate. He’s not afraid or intimidated to go against anyone. In fact, he embraces some of those matches.”

Sure enough, MacKinnon won the matchup. He played more than five five-on-five minutes against Cirelli, and during that stretch the Avalanche had a goal and a whopping 97.82 percent of the expected goal share, according to Natural Stat Trick.

“I’m not going to interrupt the flow of our game to avoid something until I see that it’s not working,” Bednar said. “If it’s working and our team is comfortable with it, then we’ll use it a little bit and not run away from it. If I want Nate on in certain situations and they put out Cirelli, I’m going to put Nate out.”

Darcy Kuemper allowed three goals playing in his first game since leaving Game 1 of the Western Conference finals with an upper-body injury. On the first, he perhaps could have broken up Nick Paul’s breakaway had he been more aggressive with his stick, but Bednar was more frustrated with Erik Johnson and the defenders letting Paul get to the net and score. There wasn’t much Kuemper could have done on the second Tampa tally. Superstar Nikita Kucherov made a superstar play to find Ondrej Palat, who beat Cale Makar to the net. Then, on the third goal, Kuemper didn’t seem to track the puck, which came off Mikhail Sergachev’s stick from outside.

Kuemper took a stick through his mask in Game 3 of the first round, and swelling around his eye forced him to miss Game 4 of that series. Though Kuemper said he felt 100 percent healthy going into the St. Louis series, Bednar said he “was trying to play through (injury) … and had some complications.” The team insists he’s now 100 percent healthy after the break between the Oilers and Tampa series.

Kuemper’s timing still looked a tad shaky, but he likely also was dealing with some rust. Perhaps Game 1 helped him get his timing back. If not, and if he starts to struggle in net, Pavel Francouz has proven capable of winning playoff games this year.

Valeri Nichushkin, a pending unrestricted free agent, might have made himself some money in Game 1. He put six shots on net — one of which went in — plus another off the crossbar. His strong forechecking also led to Colorado’s decisive overtime scoring chance, and he made a slick pass to Andre Burakovsky for the game-winner.

Nazem Kadri (thumb surgery) and Andrew Cogliano (finger surgery) both skated with sticks Thursday at Ball Arena. It marked the first time Kadri has been seen skating with a stick since suffering his injury in Game 3 of the Edmonton series.

Kadri on the ice again today, this time with a stick and doing some light puck handling. pic.twitter.com/m0kVeR6UML

Making the most of an opportunity

The Avalanche should have had the edge in Game 1. They scored two early goals and skated all around Tampa in the first period, so clearly rust wasn’t too much of a factor after more than a week off. Colorado had fresh legs and, with Tampa adjusting to the altitude, deeper lungs. Most importantly, though, the Avalanche took advantage of Andrei Vasilevskiy, the superstar Lightning goalie, who looked a little off early in the game. That doesn’t happen often.

When Tampa came back to tie the game 3-3 in the second period, it felt as if the Avalanche might let a golden Game 1 opportunity fall through their fingers. But they battled back, dominating play in the third and finally breaking through with Burakovsky’s overtime goal.

It wasn’t a game Colorado could afford to let slip away. Fortunately for Bednar and his players, they didn’t.